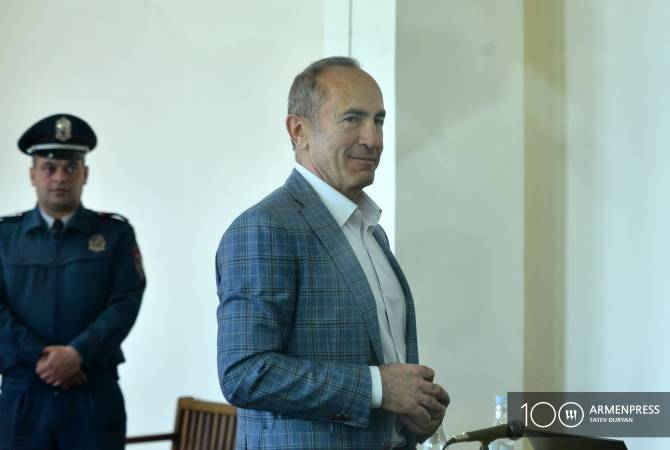 
YEREVAN, MAY 18, ARMENPRESS. Shortly after a Yerevan court ordered Robert Kocharyan to be freed from pre-trial detention, the ex-president was released from the National Security Service jail in downtown of the city.

Kocharyan’s attorney Hayk Alumyan told reporters outside the jail building that the ex-president left the area by car from the back exit.

The court ordered the release around 16:05 May 18th and Kocharyan’s lawyer immediately headed to the detention center in downtown Yerevan to submit the warrant.

Kocharyan was freed after a court approved the personal guarantees of Artsakh’s President Bako Sahakyan and former President Arkady Ghukasyan, who vouched on May 16th that Kocharyan will not obstruct justice amid the ongoing trial into the deadly 2008 post-presidential election unrest. Kocharyan was the outgoing president at that time.

Robert Kocharyan also served as President of Artsakh in the early 90s.