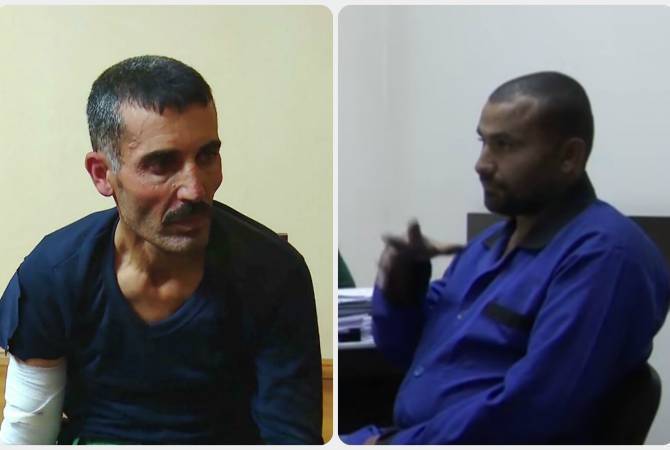 
KAPAN, MAY 4, ARMENPRESS. A court of general jurisdiction in Armenia’s Syunik province sentenced the two Syrian mercenaries, who were fighting for Azerbaijan against Artsakh during the 2020 war, to life in prison, PR department head at the Office of the Prosecutor General of Armenia Arevik Khachatryan told Armenpress.

Syrian citizens Muhrab Muhammad al-Shkher and Yusef Alabet al-Hajji were charged with international terrorism and crimes committed during the conflict. They were fighting as mercenary-terrorists during the military operations launched by Azerbaijan against Artsakh in autumn 2020. The actions of the mercenaries were aimed at killing civilians in Armenia and Artsakh, with the purpose of terrorizing the peaceful population and destabilizing the domestic situation of Armenia and Artsakh.

Yusuf Alabet al-Hajji is the Syrian terrorist who had testified that they ‘were ordered to slaughter every Armenian in the village’.

Muhrab Muhammad al-Shkher, also a Syrian citizen, had testified that he, along with many others, were recruited by the leader of the Suleyman Shah Brigade in Syria and taken to Azerbaijan via Turkey.