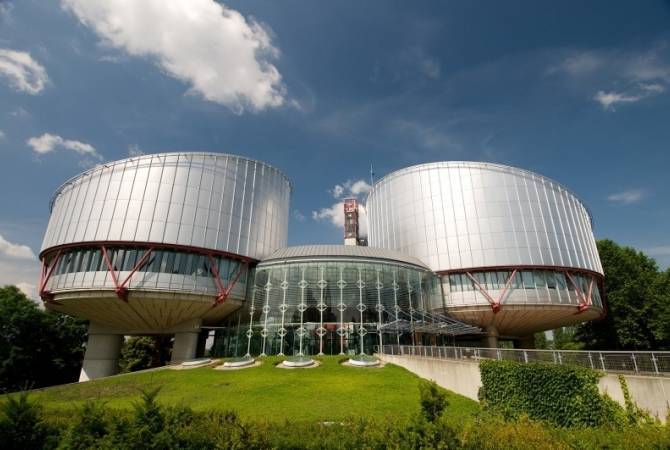 
YEREVAN, SEPTEMBER 8, ARMENPRESS. The 2020 May 26 European Court of Human Rights judgment in the case of Makuchyan and Minasyan v. Azerbaijan and Hungary, concerning the presidential pardon of Azerbaijani convicted military officer Ramil Safarov who gruesomely murdered Armenian officer Gurgen Margaryan in 2004 during a NATO training course in Hungary, has been appealed to the ECHR Grand Chamber by Makuchyan and Minasyan, their lawyer Siranush Sahakyan said in a statement.

The applicants to the ECHR are two Armenian nationals, Hayk Makuchyan and Samvel Minasyan, who is now deceased. Minasyan’s widow and their two children are pursuing the case in his stead. Gurgen Margaryan was the nephew of Samvel Minasyan.

Gurgen Margaryan was asleep in his room when Safarov attacked him with an axe.

After killing Margaryan, Safarov tried to break into the room of Hayk Makuchyan, another Armenian officer attending the training course.

“The ECHR had found that by pardoning the cruel murderer Azerbaijan violated Gurgen Margaryan and Hayk Makuchyan’s Article 2 (Right to Life) of the Convention and also recorded the Azerbaijani institutionalized policy of ethnic discrimination against Armenians. Nevertheless, the European court did not attribute Gurgen Margaryan’s murder and the attempted murder of Hayk Makuchyan per se to Azerbaijan, relying on the Hungarian court verdict’s conclusion claiming that Safarov committed these acts in a private status. The European Court had also freed Hungary of any responsibility. Given the legal significance of this case and the big public interest for it, we inform that the European court’s judgment has been appealed to the Grand Chamber prior to its initiation into force,” Sahakyan said.

During the trial in Hungary, Safarov admitted in court to having killed Margaryan because of his hatred towards Armenia and Armenians. He was sentenced to life in prison by the Hungarian court. However, in 2012 Hungary extradited him to Azerbaijan. He was released upon arrival, glorified on the state-level and pardoned by President Aliyev. On the same day, Armenian President Serzh Sargsyan severed diplomatic relations with Hungary.