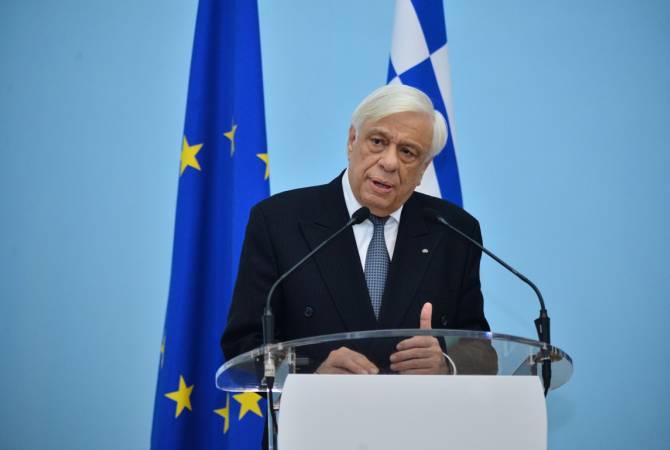 
YEREVAN, NOVEMBER 5, ARMENPRESS. President of Greece Procopios Pavlopolos, who is in Armenia on an official visit, addressed a message to Turkey during a press conference in Yerevan.

Touching upon the Armenian Genocide and the Genocide of Pontic Greeks, the President said Turkey should come to terms with its history and should be held accountable.

President of Greece Procopios Pavlopolos together with spouse Vlassia Pavlopoulou arrived in Armenia on an official visit on November 5 at the invitation of President Sarkissian.