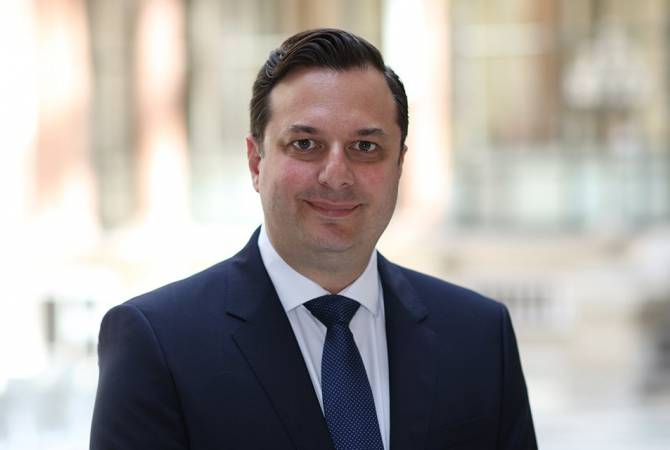 
YEREVAN, AUGUST 12, ARMENPRESS. The United Kingdom has appointed Alan Andranik Gogbashian – a British diplomat of Armenian descent – to serve as Her Majesty’s new ambassador to Armenia.

Gogbashian will succeed Judith Farnworth, who will be transferring to another appointment.

According to a news release issued by the UK government, Gogbashian will assume office during September 2019.

This is the first time that an Ambassador of a foreign country in Armenia will be of Armenian origin.

Below is a CV of Gogbashian: