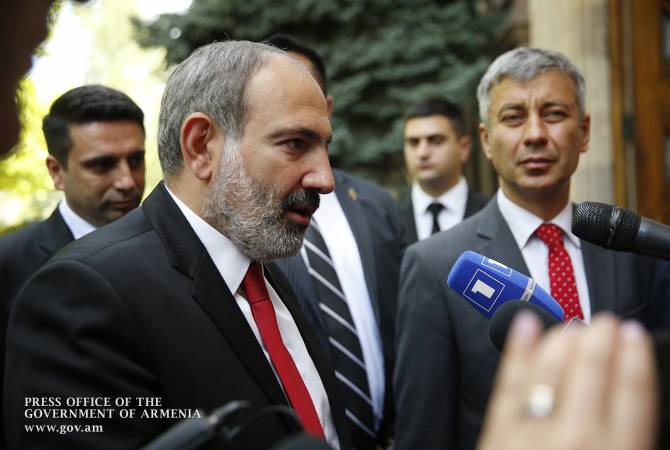 “We will soon create a new anti-corruption court and I also want to comment on the most important issue, for instance many ask why necessary reforms have not been carried out in the judiciary within this one year. Because you know that in the past one year we had such a phenomenon when the number of vacant positions of judges has been more from the applicants”, the PM said, adding that without a serious increase in salaries of judges there wouldn’t be an independent judiciary in Armenia. “I don’t need a marionette court because I believe in the ideals based on which we have made changes in Armenia. If I needed a marionette judiciary, that system was ready. Why I have blocked the doors of courts, in order to show that I don’t need a marionette judicial system”, the PM said.

Pashinyan said it is possible to raise the salaries of judges through budget resources, but the public will not understand this step at this moment.

“Today we have a chance to increase the salaries of judges based on the budget, but if we take this step, the public will not understand us because they will tell us to solve this or that problem in this social situation rather than to raise the salaries of judges. But if the salary of a judge is not high, the serious specialist will not want to work with a salary of 400.000 drams, knowing that he cannot take a bribe. If our international partners assist us, for instance to create an anti-corruption court, to find any way in this court with high salaries, to attract new serious specialists whose credibility will be higher via a vetting, property, and the people, the opposition and leadership will see that having a really independent judiciary is good and useful for the state and the economy, three years later we can convince our people”, Nikol Pashinyan said.