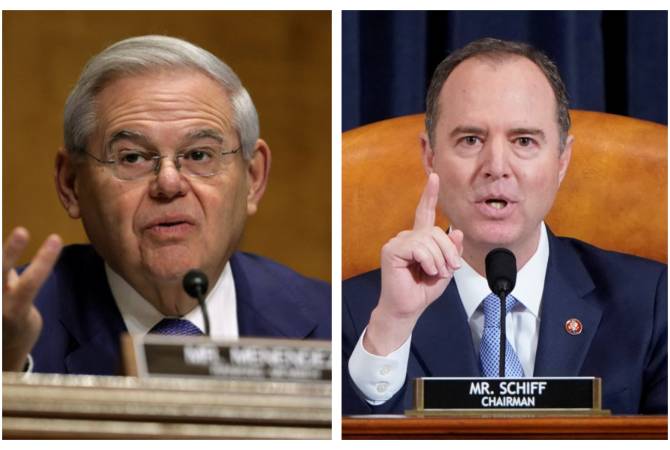 In a statement released on Friday, Chairman Menendez noted, “I am deeply disappointed to see the Department of State once again make an exception to bypass Section 907 of the FREEDOM Support Act to provide what has become annual assistance to the regime in Baku. Adding insult to injury, the administration chose to move forward with this most recent waiver despite the recent publication of a Government Accountability Office (GAO) report which confirmed the Department of State and Department of Defense have failed to meet statutory reporting requirements to Congress on the impact of U.S. assistance on the military balance between Armenia and Azerbaijan.”

Chairman Menendez continued, “As Azerbaijan continues to further occupy territory from its violent assault on Nagorno Karabakh, during which more than 6,500 people died and more than 100,000 ethnic Armenians were displaced in 2020, it simply makes no sense to say that U.S. assistance and training has not impacted its military balance with Armenia. I will continue to conduct rigorous oversight of any and all assistance to Azerbaijan and expect the Department of State to operate with complete transparency and provide all necessary details for Congress to assess any assistance provided to Baku.”

In commentary released to the ANCA, Chairman Schiff pledged to work with Congressional allies and the Armenian American community to “remove a president’s power to waive Section 907 and to urge the Biden administration to reinvigorate the peace process.”  Chairman Schiff explained, “Azerbaijan is responsible for provoking a horrific war and humanitarian disaster in Armenia and Artsakh, killing thousands of Armenians over 44 days in September 2020 and forcing thousands more to flee their ancestral homelands. To this day, Azerbaijan continues to illegally detain Armenian soldiers who have been subject to torture, and to threaten thousands of innocent civilians in Nagorno Karabakh who live in fear of another attack and invasion”.

Chairman Schiff continued, “Under no circumstances should the United States be providing military support to such a regime – it not only runs counter to our nation’s core democratic values, but could empower the Aliyev regime to continue or escalate its provocative actions against Armenians. President Biden should not have waived Section 907.”