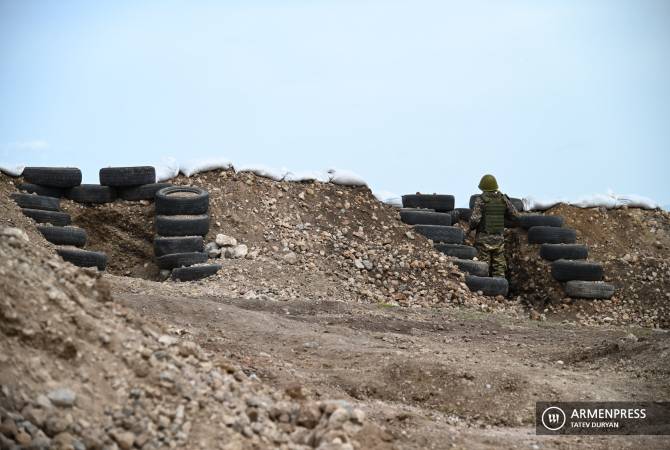 
YEREVAN, AUGUST 23, ARMENPRESS. An Armenian military officer has presumably appeared in Azerbaijani territory after getting lost in low-visibility conditions.

The Ministry of Defense of Armenia says senior lieutenant Artur Davidyan abandoned his permanent deployment location without official leave around 21:00, August 22, after which contact with him was lost.

“According to preliminary information Senior Lieutenant Davidyan got lost in the terrain in low-visibility conditions and appeared in Azerbaijani side,” the Ministry of Defense said.

Search and rescue operations were launched immediately and actions are underway at the mediation of the Russian side to validate the information on the officer’s presumed location.