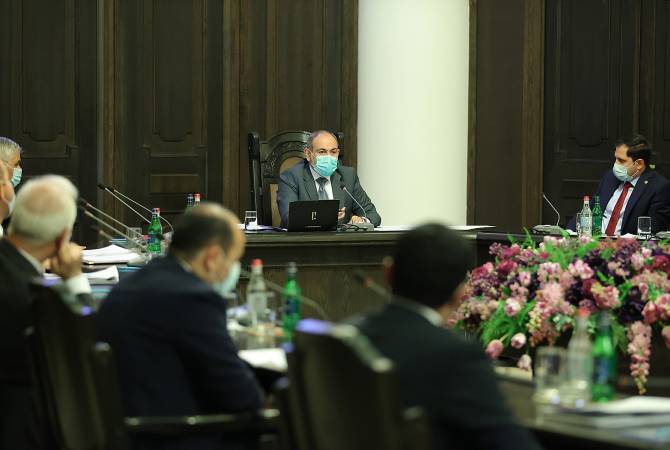 
YEREVAN, AUGUST 12, ARMENPRESS. Armenia is ready to be involved in peaceful negotiations with Azerbaijan in both high and highest levels and is waiting for concrete proposals in this direction, Prime Minister Nikol Pashinyan said at the Cabinet meeting addressing the OSCE Minsk Group Co-Chairs’ call on the resumption of the negotiations process.

“The mandate received from our people on opening an era of peaceful development for Armenia, Artsakh and the region puts a special responsibility on the government. In order to solve this issue we must be maximally active and flexible. Our mood must be the following – to do the maximum to find solutions by the existing issues on the agenda,” Pashinyan said.

The Armenian prime minister noted that some issues could be solved faster than others. “One of such issues which I believe can be solved rather quickly is the opening of regional communications, the agenda of regional unblocking, and I believe we must re-start as soon as possible the work in the deputy prime ministerial trilateral format and be more active and proactive in terms of new communication and economic opportunities in the region,” he said.

Pashinyan added that Armenia’s position over the demarcation and delimitation at the border with Azerbaijan is unchanged. He stressed that the work in this direction must become more active as well.

21:29, 09.24.2021
Viewed 2267 times Today, no Armenian lives or practically could live in the territories under the control of Azerbaijan – Pashinyan