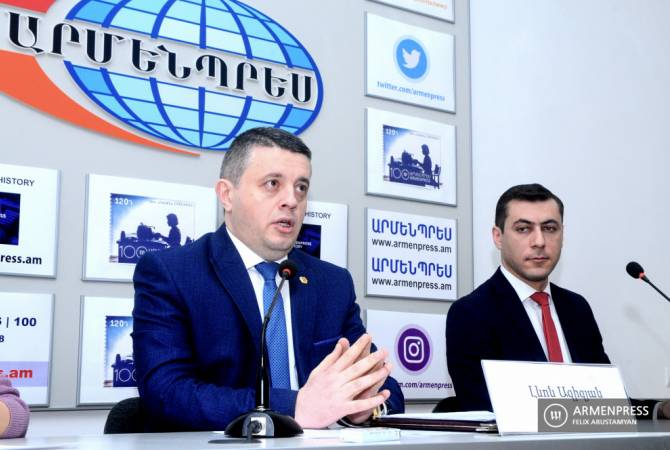 
YEREVAN, MARCH 23, ARMENPRESS. Armenia has problems with water resources in the parts of the Araks and Akhuryan rivers, conditioned by ongoing dam constructions in Turkey, the Hydrometeorology and Monitoring Center under the Ministry of Environment warned.

The agency’s acting director Levon Azizyan told a news conference that today there is nearly 100,000,000 cubic meters less water in the Akhuryan reservoir than last year.

“We have the same picture in the Araks River basin. Since 2012, the water resources of the Araks River dropped 30-40% due to the construction of dams in Turkish territory,” Azizyan said. He added that the vulnerability of water resources due climate change is also a serious problem. A rise in temperature is observed every year since 1994, he said.

“Since the temperature is high, precipitations in mountainous areas are mostly in the form of rain. We’ve had years when we had rainfalls in winter months at the elevation of 2000-2100 meters. The process of snow accumulation is happening less. According to forecasts, we’re going to have water resource vulnerability in 2040, a decline of nearly 15%, and a 20-25% drop is projected for 2070,” Azizyan said.

He urged to use every drop of water sparingly, noting that there are around 2 billion people around the world who don’t have access to safe drinking water.

In turn, Azizyan’s deputy Gagik Surenyan weighed in on climate change, stressing that a continuous rise in temperature is observed every year in Yerevan.

“We are continuously having +40 [Celsius] and more, but the climate in Yerevan was not like this before. When we analyze the indicators before 2000, we see that temperatures of +40 were being recorded only once in five years in Yerevan,” he said on the summer climate in the Armenian capital. The change in temperature is observed elsewhere across the country too, he said.