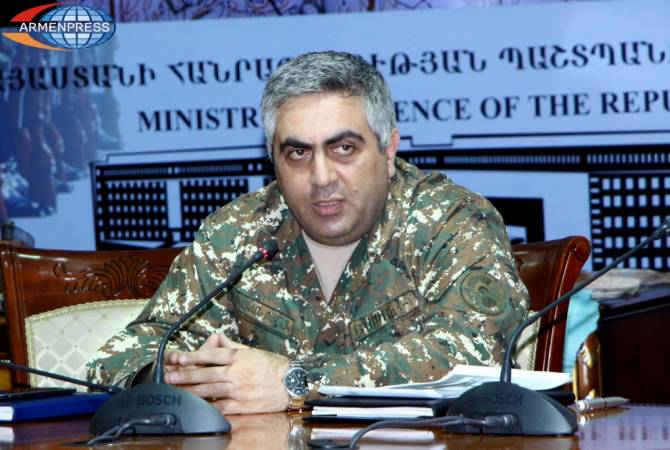 
YEREVAN, NOVEMBER 17, ARMENPRESS. The former representative of the Defense Ministry Lt. Colonel Artsrun Hovhannisyan, who was the spokesperson for the military during the Nagorno Karabakh war and resigned after the fighting ended, has filed a police report on assault.

He said he was attacked by two assailants.

“I’ve been getting various threats since November 9, but I was ignoring them. I’m not even responding to overt calls for vengeance. I refused to file a police complaint against those people. Yesterday night I was attacked by two people, fortunately I was able to defend myself. I am not afraid of anyone and I don’t consider anyone as an enemy. But since these threats and calls for vengeance are continuing, and in some places I am being followed, I am forced to apply to the police,” Hovhannisyan said.