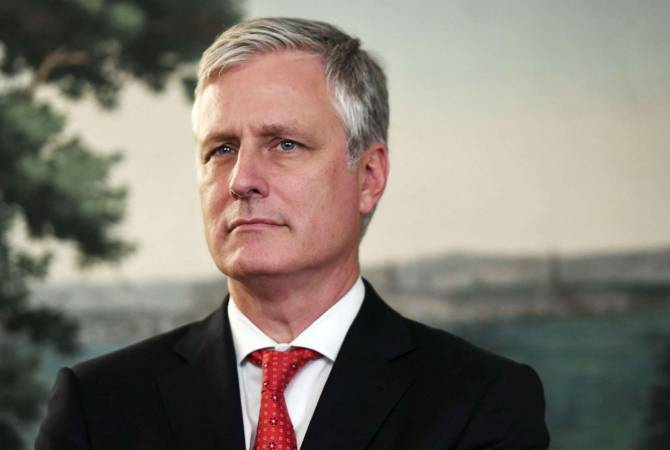 
YEREVAN, OCTOBER 30, ARMENPRESS. United States National Security Advisor Robert O'Brien says that despite the denial of Turkey, there is many information that Turkey sends Syrian mercenaries to Nagprno Karabakh conflict zone, ARMENPRESS reports Robert O'Brien said in a meeting with the representatives of the Armenian community in Los Angeles.

''Azerbaijan has used its oil money that has gained over the last several years to by more advanced weapons and they have technical and advisory support from Turkey. Despite Turkish denials that they made to me personally, there are credible reports that Turkey has deployed fighters from Syria's opposition, the Syrian National Army'', he said.