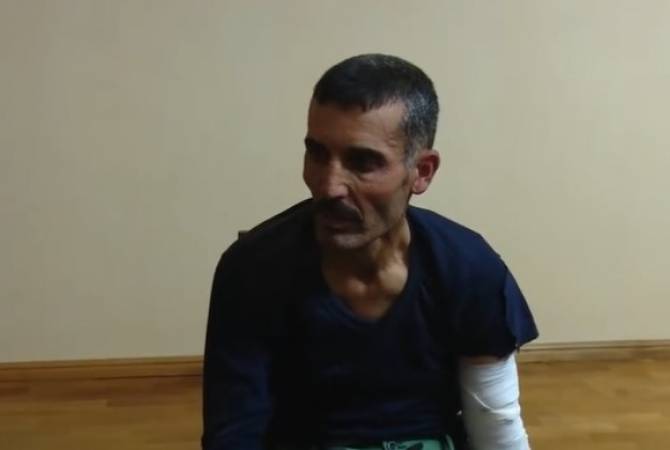 
YEREVAN, OCTOBER 30, ARMENPRESS. The Artsakh Defense Army troops have detained another terrorist-mercenary combatant who was fighting on the Azerbaijani side in the attacks on Artsakh.

The Armenian Ministry of Defense spokesperson Shushan Stepanyan said the mercenary is identified as Mehred Muhammad Alshkher from Hama, Syria. Alshkher said during the questioning that he is married and has three children.

He is a member of a jihadist terrorist organization who was recruited by Turkey and sent to Azerbaijan to attack Artsakh.

In a video showing the questioning of the captive, the Islamist-extremist terrorist says he was brought to the frontline of Artsakh from the Azeri side on October 19 along with 250 other mercenaries recruited by Turkey from terrorist organizations in Syria. He says they were promised a 2000 dollar payment for fighting, but they never got the money. He was abandoned on the battlefield by his troops after he got wounded.

He says they were trained by Turkish military instructors at a training camp before being sent to the frontline.