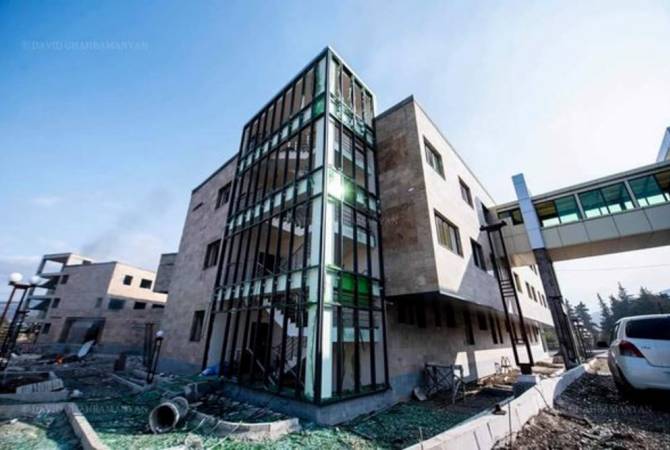 
YEREVAN, OCTOBER 28, ARMENPRESS. The Armenian Ministry of Defense has released a video showing the aftermath of the Azerbaijani deliberate bombardment of the maternity hospital of Stepanakert, the capital city of Artsakh.