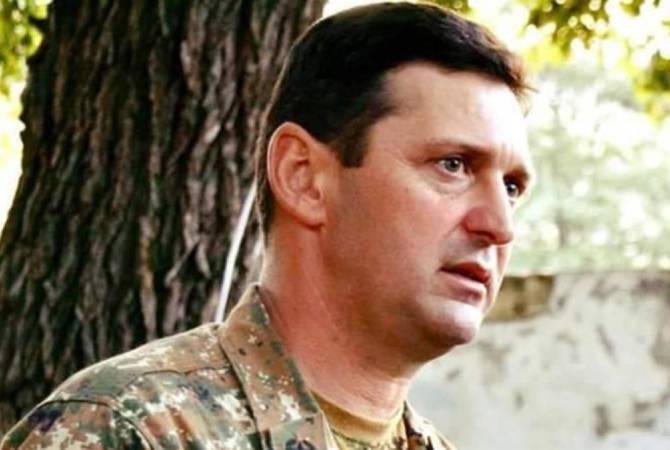 
YEREVAN, OCTOBER 27, ARMENPRESS. The footage spread in the Azerbaijani media has nothing to do with the circumstances of the injury of Lieutenant General Jalal Harutyunyan, Vahram Poghosyan, spokesperson of the President of Artsakh, told ARMENPRESS.

''Jalal Harutyunyan was injured in the military positions. Fortunately, the injury is not serious and his life is not under risk. Currently he is undergoing intensive medical treatment, he is in the process of healing and will soon return to the line’’, Poghosyan said.

Mikayel Arzumanyan is replacing Lt. General Jalal Harutyunyan as the Commander of the Defense Army of Artsakh after the latter was wounded in action in the Azerbaijani attacks.