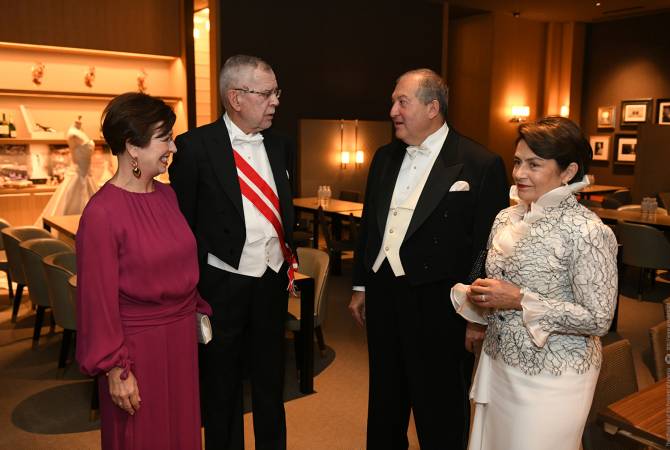 In a telegram to Alexander Van der Bellen, the Armenian President “expressed certainty that the stable Armenian-Austrian partnership in bilateral and multi-lateral levels will continue being strengthened and expanded for the benefit of the two nations.”

“At this difficult moment for Armenia and Artsakh, when our nation is fighting for life and freedom, Austria once again expressed its clear and unquestionable support to Armenia, Artsakh and the Armenian people. I am expressing my gratitude to you and Chancellor Sebastian Kurz for the efforts aimed at a peaceful resolution of the Nagorno Karabakh conflict and readiness to provide an arena for talks. We also highly appreciate the Austrian parliament’s resolution condemning the Turkish military intervention to the Karabakh conflict and its arms supplies to Azerbaijan,” Sarkissian said in the telegram published by his office.

On October 15, the Austrian Parliament unanimously adopted a proposal/motion condemning the Turkish military intervention in the Nagorno Karabakh conflict and arms supply to Azerbaijan and proposing peace talks in Vienna.