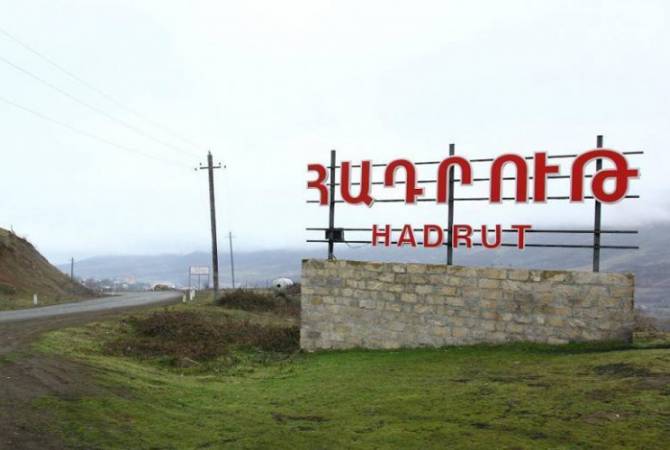 ‘’Yesterday, following the ceasefire agreement, an Azerbaijani sabotage group infiltrated to Hadrut town, according to some information, together with mercenary-terrorists. They terrorized the population, burned down houses and killed some civilians. Yesterday we had information about to civilians – a mother with her son with disability, who were shot dead.  A while ago we received information about two more civilians – Never Grigoryan and Artyom Mirzoyan who were also killed. The first two civilians were killed in their house, which means that they just invaded the house and shot them dead’’, Beglaryan said.

‘’This was an act of terrorism, war crime and we have to clarify the circumstances and make sure that the criminals are punished’’, Beglaryan said.

On October 9 a ceasefire agreement was reached between the Armenian and Azerbaijani FMs mediated by Russian FM. Aetsakh has voiced about numerous cases of the ceasefire violation by Azerbaijan since the agreement entered into force, including launching missile strikes against cities and settlements of Artsakh.

Azerbaijani sabotage group infiltrated Hadrut town following the ceasefire agreement, trying to record it as a victory in line with Azeri president’s claims that Hadrut is under Azerbaijani control. At the moment Hadrut is under the control of the Defense Army of Artsakh.

Azerbaijani armed forces also launched attempts of offensive in the evening of October 11 in the north-eastern and southern directions.

The Azerbaijani armed forces committed war crimes also during April war of 2016, during which they shot dead residents of Talysh village Valera Khalapyan and his wife and cut off their ears. They also cut the head of an Armenian serviceman Kyaram Sloyan. Only days after they released the footage, the Armenian side was able to return it.