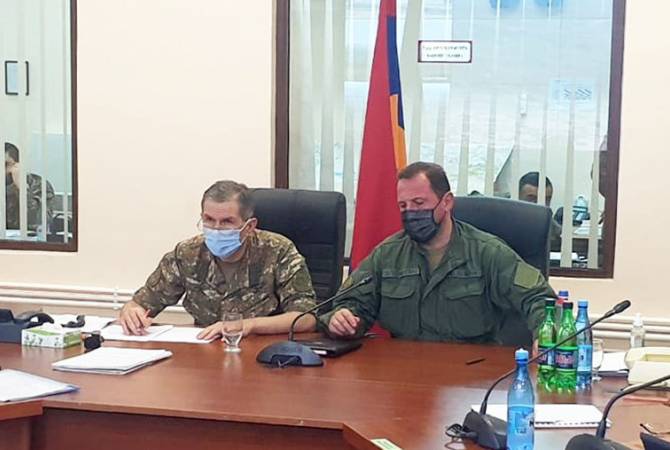 
YEREVAN, SEPTEMBER 28, ARMENPRESS. Minister of Defense of Armenia Davit Tonoyan chaired a tactical consultation with the top brass from the Ministry of Defense, the Armed Forces and the General Staff of the Armed Forces in the morning of September 28.

The minister was briefed on the tactical situation at the Artsakh-Azerbaijan Line of Contact and the Armenia state border.

The meeting focused on the situation created as a result of the Azerbaijani military attack.

Tonoyan issued orders on suppressing the adversary, countermeasures to thwart the offensive and providing the Artsakh military with necessary support.