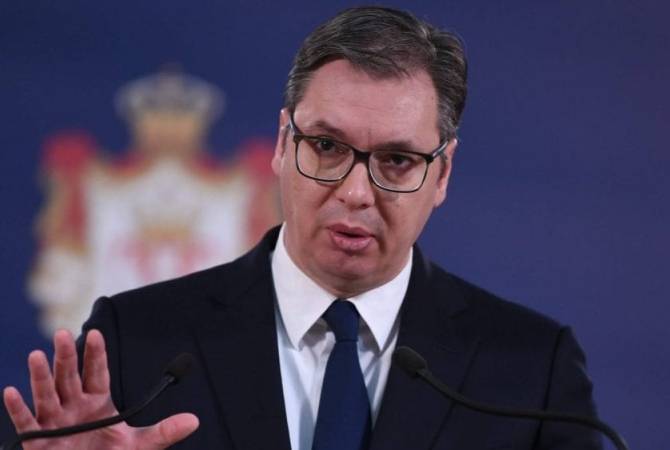 
YEREVAN, AUGUST 1, ARMENPRESS. President of Serbia Aleksandar Vučić informed that selling arms to Armenia is done for the sake of saving the military industry of the country, ARMENPRESS reports Vučić said in a press conference, answering a question that cause great noise over the arm sales to Armenia.

The President emphasized that arms sales is the only way to ensure the success of military industry.

''Both Azerbaijan and Armenia are our friends. In the last years we sold 10-fold more weapons to Azerbaijan (than to Armenia-edit.) but for some reasons no media outlet wants to speak about that. Military industy has 17 thousand employees. I ask you now, whome will we sell in the future?'' Vučić siad.