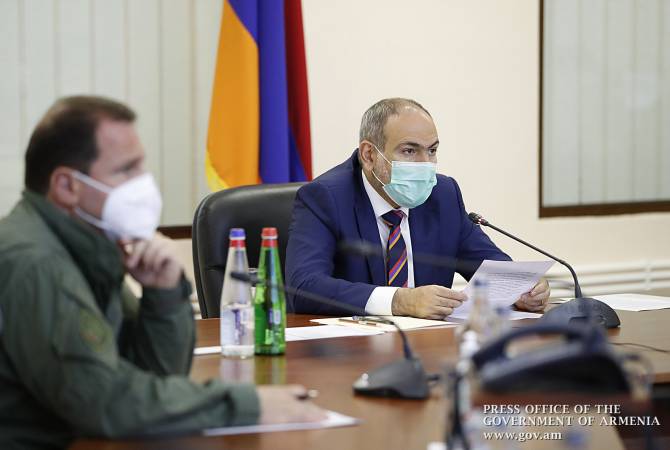 
YEREVAN, JULY 18, ARMENPRESS. Azerbaijan poses a threat not only to Armenia, but also to global security and this became obvious during the recent days, ARMENPRESS reports Prime Minister of Armenia NIkol Pashinyan said in a meeting with the top leadership of army.

'' An Azerbaijani official stated a few days ago that their country could launch a missile attack on the Metsamor nuclear power plant. Of course, Armenia is capable of ensuring its own security, including the Metsamor nuclear power plant, but this is a statement that should be unequivocally considered a crime against humanity, because such an action is a threat to commit terrorism against humanity, and it should be given the appropriate international response and investigation’', Pashinyan said.

Referring to the Azerbaijani attacks against Armenia, PM Pashinyan said that with this recent aggression, Azerbaijan caused significant damage to those countries with which it is cooperating in the military-technical sphere, since our Armed Forces destroyed weaponry that was deemed to be invincible all over the world.

''And perhaps most shocking is the complete lack of regard by the military-political leadership of Azerbaijan towards the lives of their own soldiers who died while tasked with an obviously unachievable goal’', Pashinyan said.