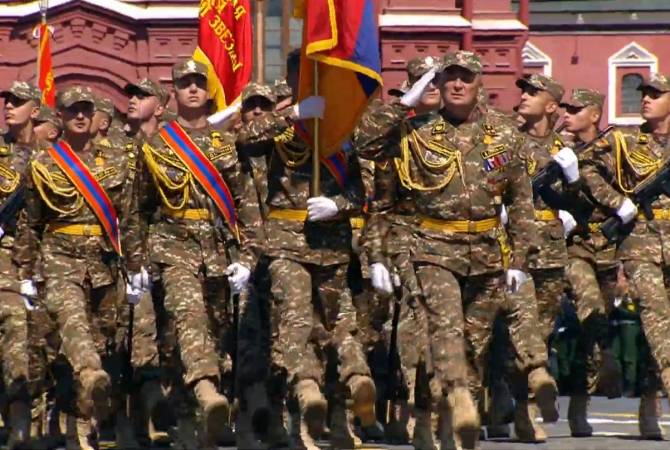 
YEREVAN, JUNE 24, ARMENPRESS. 75 Armenian servicemen led by Colonel Ashot Hakobyan marched along the Red Square in Moscow during the military parade dedicated to the 75th anniversary of the victory in the Great Patriotic War, reports Armenpress.

The Armenian servicemen carried the flag of Armenia and the combat flag of the Tamanian Division.

15,000 servicemen, 234 units of equipment, 80 aircrafts and helicopters are involved in the parade.

The annual military parade is usually being held on May 9, but this year the May 9 celebrations were postponed due to the novel coronavirus pandemic and are being held today. June 24 is also symbolic as it is the day when in 1945 the legendary historic parade of victors took place, when soldiers marched on Red Square.