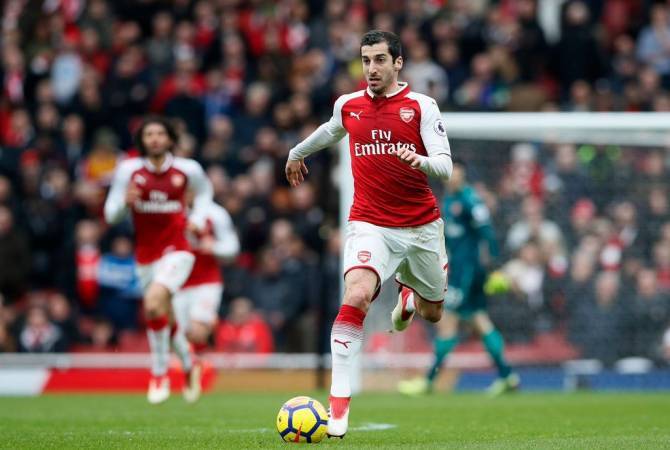 
YEREVAN, MAY 24, ARMENPRESS. The UEFA Europa League final debacle over Arsenal’s omission of Henrikh Mkhitaryan from the match in Baku due to safety concerns of the Armenian international has found its way up to the British parliament.

The British opposition has slammed Her Majesty’s Government for not tackling the issue and called for making it clear to UEFA that this is a "scandal" and "completely unacceptable".

The debates also covered the Azeri ban on entry for British fans of Armenian descent, as well as overall the low number of allocated tickets.

Everyone has the right to enjoy football, no matter who you are, where you’re from or how you play.”

But next week, Henrikh Mkhitaryan will miss the match of a lifetime because he is from Armenia, and Arsenal fans with Armenian names are being denied visas to travel to Baku. This is a scandal. It is a deeply ugly side to the beautiful game, and if I was Secretary of State, I would make it clear to UEFA that it is completely unacceptable. Will the Minister demand that UEFA ensures that countries that force players to choose between their sport and their safety and that discriminate against travelling fans will never be allowed to host future events?” Watson said in parliament on May 23.

“The hon. Gentleman is right: if football is to be for everyone, and we all believe that it should be, that should apply to football in our own country and to football in places where we want our fans to be able to travel. It is important that we engage with UEFA, as we have been doing, to send the very clear message that places where football travels to should be welcoming to those who support football, and politics should have nothing whatsoever to do with it.

There is, as the hon. Gentleman says, the related challenge of whether British fans who are of Armenian descent are able to have a visa to travel to Azerbaijan. That is something that my colleagues in the Foreign Office are picking up, because it is important that all those who want to travel to support their team should be able to do so. If they cannot, football is not achieving what it should”, responded Secretary of State for Digital, Culture, Media and Sport Jeremy Wright.

“A woeful ticket allocation means that the vast majority of fans will not travel to that match or, indeed, to the Champions league final, because UEFA has favoured corporates over fans. Will the Secretary of State condemn UEFA with me today? On this day when the House is divided over Europe, can we unite to condemn UEFA for its disgraceful treatment of football fans?” – said Watson.

“The hon. Gentleman is right that there are not enough tickets available for fans, either on Saturday or next week in Azerbaijan. I think we can agree that as many people who are passionate about their team as possible should have the chance to see them succeed and compete on the European stage, just as they can on the national stage. We believe that it is important to say to UEFA that that is a message we all support. I am grateful to the hon. Gentleman for raising it, so that we can communicate that message with clarity.

It is important that we spread the benefits of the major European competitions around Europe. I do not believe it is right that they should be held in only a small subset of European countries. There are huge economic and sporting benefits to be derived from them, and countries should have access to those benefits, but only if they are prepared to give access to passionate football supporters”, the minister responded.