China ready to reveal new directions with Armenia for construction of One Belt, One Road | ARMENPRESS Armenian News Agency

China ready to reveal new directions with Armenia for construction of One Belt, One Road 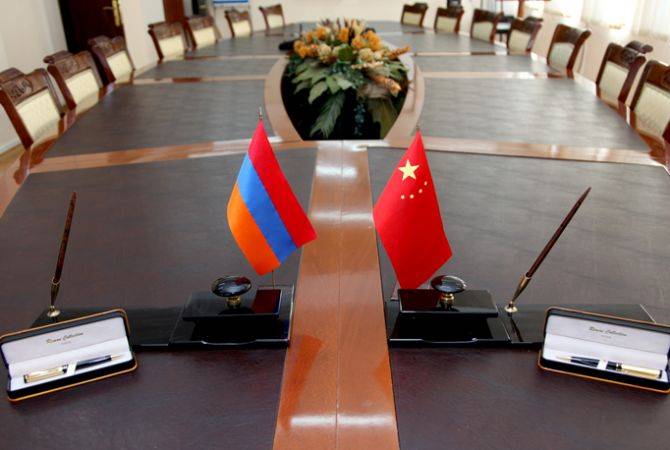 
BEIJING, MAY 23, ARMENPRESS. Within the framework of the upcoming visit of foreign minister of China Wang Yi to Armenia, the Chinese side is ready to reveal new directions with Armenia for the construction of One Belt, One Road, as well as intensify the exchange of experience of the two civilizations and promote the cooperation between the two countries, the representative of the Chinese foreign ministry’s department for Europe and Central Asia said in response to ARMENPRESS question.

He said the Chinese FM’s upcoming visit is unprecedented over the past years. “Unfortunately, such level contacts didn’t take place in the past years, therefore, this visit is very important”, the foreign ministry’s representative said.

According to the official, Armenian Prime Minister Nikol Pashinyan had a productive and useful talk with President Xi Jinping and Prime Minister Li Keqiang during his recent visit to China.

As for the content part of the Chinese FM’s visit, the official said the sides have already decided to deepen the cooperation in the following areas – trade, investments, metallurgy, renewable energy and infrastructures.

“In addition, the sides also plan to strengthen the humanitarian cooperation, as well as jointly fight against terrorism and extremism”, the representative said.

The MFA official added that during the visit the sides will also sign contracts put on firm basis.

Armenian Prime Minister Nikol Pashinyan paid a working visit to China on May 14-16.

The Belt and Road Initiative (BRI) is a global development strategy adopted by the Chinese government involving infrastructure development and investments in 152 countries and international organizations in Asia, Europe, Africa, the Middle East, and the Americas.