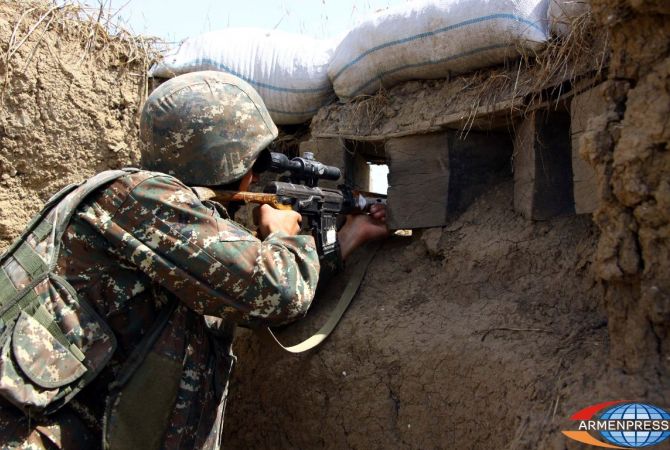 
YEREVAN, NOVEMBER 11, ARMENPRESS. Azerbaijani forces continue provocative actions in several parts of the line of contact since the morning of November 11, the Defense Ministry of Nagorno Karabakh told ARMENPRESS.

The ministry’s statement reads: “As during last night, so since this morning the Azerbaijani forces continue taking provocative actions in several parts of the line of contact. Particularly, since 12:15, Azerbaijani forces are shelling the military posts of the Defense Army in the north-eastern (Talish and Yarmja) directions of the fronline with 60mm and 82mm mortars. Military posts located in the direction of Yarmja village are under especially intense bombardment.

The Defense Army forces are taking countermeasures to suppress the Azerbaijani aggression.

The NKR Defense Ministry announces that the responsibility for escalations at the border falls entirely on Azerbaijan”.