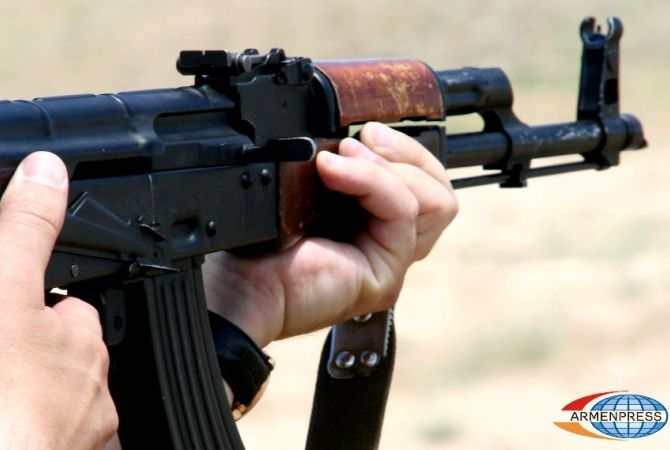 
YEREVAN, APRIL 7, ARMENPRESS. The Azerbaijani armed forces fired towards civilian settlements and military units of the Armenian Vardenis city on April 6, 10:35-23:00. This was announced by the Armenian Defense Ministry spokesman Artsrun Hovhannisyan. “In particular, besides firing various caliber weapons, the Azerbaijani side fired large caliber heavy machine guns and 60mm mortars. The Armed Forces of Armenia did everything for maintaining the ceasefire agreement”, “Armenpress” reports Artsrun Hovhannisyan saying.

According to the data of the Defense Army, the Azerbaijani armed forces fired MM-21 (Grad) multiple rocket launcher on April 2, at 08: 30 in the direction of Martuni (NKR), killing 12 year old Vaghinak Grigoryan and wounding two other children. 4 other civilians were wounded later.On April 3 the subversive group of Azerbaijan brutally killed 3 elderly and vandalized their corpses in Talish village.

The Armenian side has 32 causalities, 25 soldiers missing, 121 wounded. 5 more people including the heads of two rural communities of Syunik Marz,were killed on their way to Martakert on April 4.

Due to the timely and professional actions of the Nagorno Karabakh Defense Army, it was possible to take the situation under control, and make the enemy suffer considerable losses. On April 1-5 as a result of the crushing counterattacks by the Armenian side against the military aggressions towards the Nagorno Karabakh Azerbaijan lost 2 helicopters, 24 tanks, 3 infantry fighting vehicles, 7 UAVs, 1 21-MM multiple rocket launcher system. During military operations the Azerbaijani armed forces had more than 300 causalities, nearly 2000 wounded. On April 5 at 12:00, the fire was ceased in the line of contact between Karabakh and Azerbaijani opposing forces. The agreement of ceasing the fire was reached at the meeting of the Chiefs of General Staff of Armenia and Azerbaijan in Moscow on April 5.