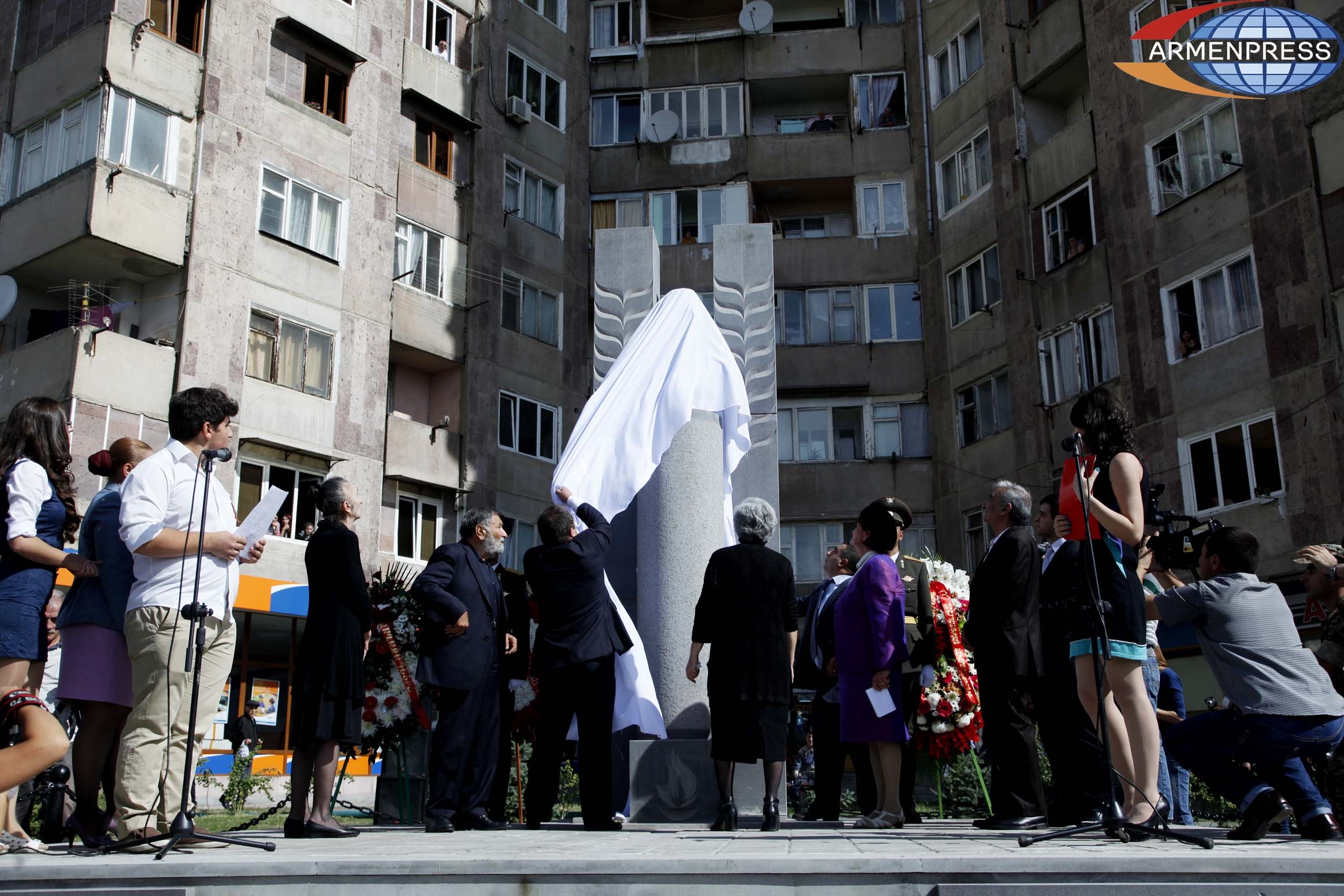 
YEREVAN, SEPTEMBER 28, ARMENPRESS: The monument dedicated to the memory of the axe-murdered Armenian officer Gourgen Margaryan was opened in Yerevan. The monument was erected in the park nearby the 52 Leningradyan Street. Gourgen Margaryan's relatives, representatives of the Ministry of Defense of the Republic of Armenia, Deputies of the National Assembly of the Republic of Armenia, and other higher officials attended the opening ceremony of the aforesaid monument held on September 28.

Azerbaijani assassin Ramil Safarov, who axe-murdered Armenian officer Gurgen Margaryan while sleeping with 16 blows, when they were participating in NATO English Language Courses in the capital of Hungary on February 19, 2004 in Budapest, was sentenced to life imprisonment without right to be pardoned for 30 years. On August 31, 2012 Safarov was extradited from Hungary to Azerbaijan and was pardoned by the President Ilham Aliyev. The murderer was advanced to major, provided with an apartment and given title of "national hero" and compensated for the 8 years of the imprisonment in Hungary. Armenia suspended diplomatic relations with Hungary. The extradition, pardoning and release of Safarov were condemned by many countries and authoritative organizations of the world.