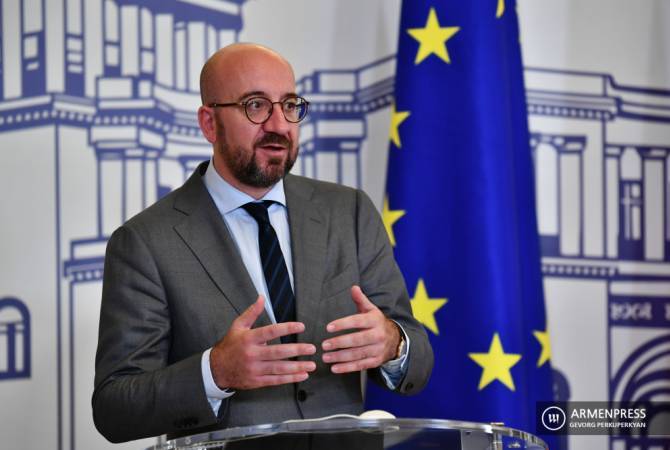 
YEREVAN, MAY 24, ARMENPRESS. President of the European Council Charles Michel welcomed the first meeting of the commissions on delimitation and border security between Armenia and Azerbaijan.

The Armenian Foreign Ministry reported that on May 24, 2022, within the framework of the implementation of the agreements reached between the two countries and in accordance with the relevant orders, the first meeting between the Deputy Prime Minister of the Republic of Armenia Mher Grigoryan and the Deputy Prime Minister of the Republic of Azerbaijan Shahin Mustafayev was held in the state border between Armenia and Azerbaijan, within the format of the joint work of the commissions on delimitation and border security between Armenia and Azerbaijan.

The sides reiterated their readiness to work on delimitation and other relevant issues, including border security issues within the commissions.

Organizational and procedural issues of the commission’s joint activities were discussed.

Along with the meetings at the interstate border, the sides agreed on the expediency of different platforms for further meetings of the commissions. In particular, an agreement was reached to hold the second meeting in Moscow and the third one in Brussels.