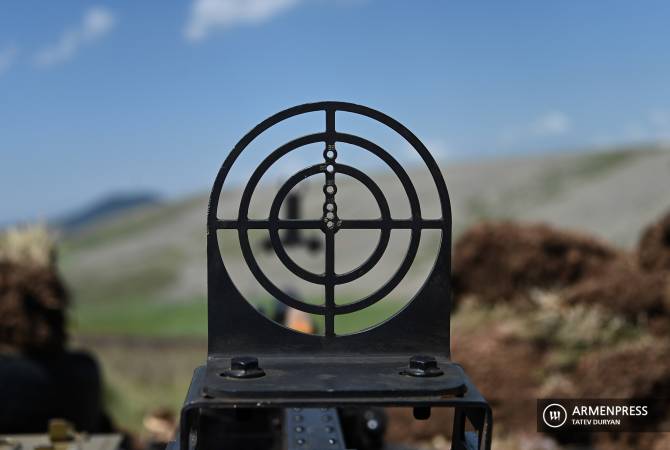 The shooting happened on February 5 around 12:00.

Azerbaijani servicemen deployed in a military position known as “Oghten Mashk” near the town of Askeran opened fire from large-caliber machine guns at the three employees of the Future Generations Foundation LLC who were repairing a tractor at a stone processing site.

Before police forces arrived, the three workers were forced to take cover for two hours. The workers were calling their administration and notifying about the incident during the shooting.

The prosecution of Artsakh said the law enforcement agencies have initiated criminal-judicial proceedings.

The authorities did not report injuries in the incident.