PACE to discuss humanitarian consequences of the Armenian-Azerbaijani conflict 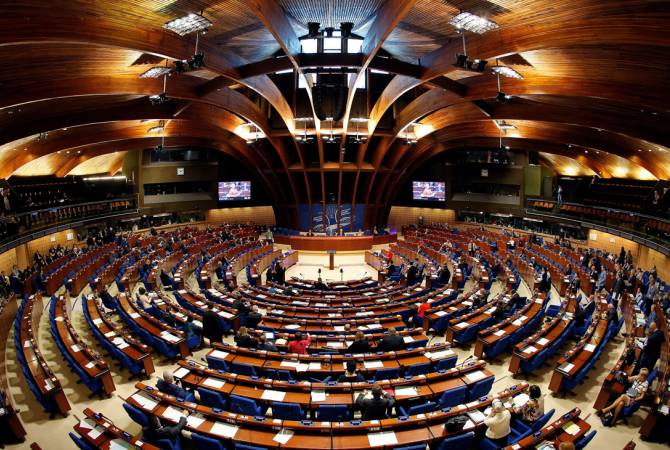 
YEREVAN, SEPTEMBER 27, ARMENPRESS. The autumn session of the Parliamentary Assembly of the Council of Europe, which will take place on September 27-30, kicks off in Strasbourg, ARMENPRESS reports, citing the official website of the PACE, on the first day of the session the report prepared by Paul Gavan, a delegate from Ireland, themed ‘’The humanitarian consequences the conflict between Armenia and Azerbaijan’’, will be discussed.

According to the draft report, the Parliamentary Assembly regrets the tragic humanitarian consequences of the Armenian-Azerbaijani conflict. It is mentioned that the conflict had two major outbreaks, one of which lasted from 1991 to 1994, and the second was the Six-Week War of 2020.

"During the last six-week war, more than 3,900 Armenians, more than 2,900 Azeris, were killed or missed in action, as well as many civilians were killed. More than 91,000 Armenians and 84,000 Azeris have been displaced," the draft report said.

The rapporteur, Paul Gavan, also made recommendations to Armenia and Azerbaijan on the steps that could help overcome the humanitarian consequences of the war in the short and long term period, and advance the peace and reconciliation process. According to the rapporteur, the international community, including the Council of Europe, is ready to help both countries.

And in the draft resolution the Parliamentary Assembly reminds that by joining the Council of Europe in January 2001, Armenia and Azerbaijan pledged to use exclusively peaceful means to resolve the conflict. Therefore, the Six-Week War of 2020 is a violation of those commitments, which must be properly addressed by the Council of Europe.