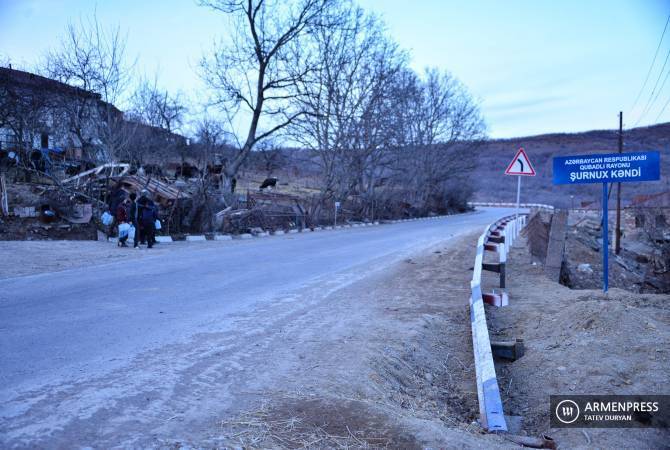 ''The road has just opened. The traffic will be restored soon'', he said.

The National Security Service of Armenia informed that on August 25 at about 23:00 the Azerbaijani side blocked Karmrakar-Shurnukh section of Goris-Kapan road. The people who remained in that zone have been evacuated and works are underway for opening the road.

On August 27, Prime Minister Nikol Pashinyan stated at a government session that the closure of the Kapan-Goris interstate highway by the Azerbaijani armed forces contradicts the agreements reached in December 2020.

MP representing ‘’Civil Contract’’ Party Narek Ghahramanyan told ARMENPRESS on August 26 that he has been assured that the road will be open by the evening.

As a result of blocking the road by Azerbaijan, Iranian vans had problems for reaching Armenia.