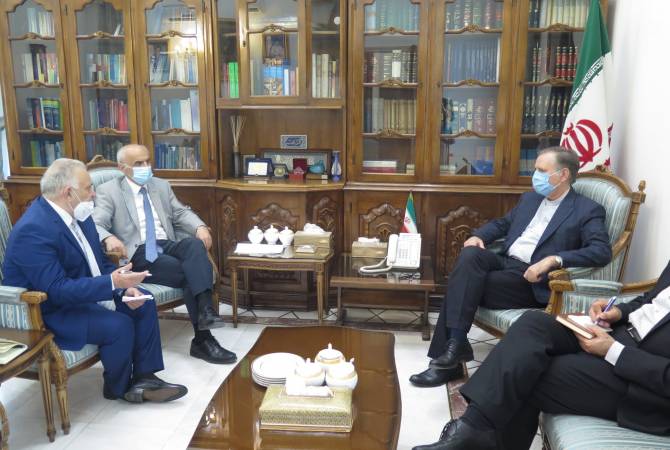 
YEREVAN, MAY 13, ARMENPRESS. Ambassador of Armenia to Iran Artashes Tumanyan met with Deputy Foreign Minister of Iran Mohsen Baharvand on May 13. As ARMENPRESS was informed from the Armenian Embassy in Iran, the Armenian Ambassador presented in detail the situation created in Armenia’s Syunik Province resulted by the actions of the Azerbaijani armed forces since May 12, assessing the encroachment attempts on the sovereign territory of Armenia as inadmissible.

At the request of the Iranian official, Artashes Tumanyan presented the measures aimed at the de-escalation of the situation.

The interlocutors stressed the imperative to neutralize threats to regional security and stability, including through cooperation between the two countries.