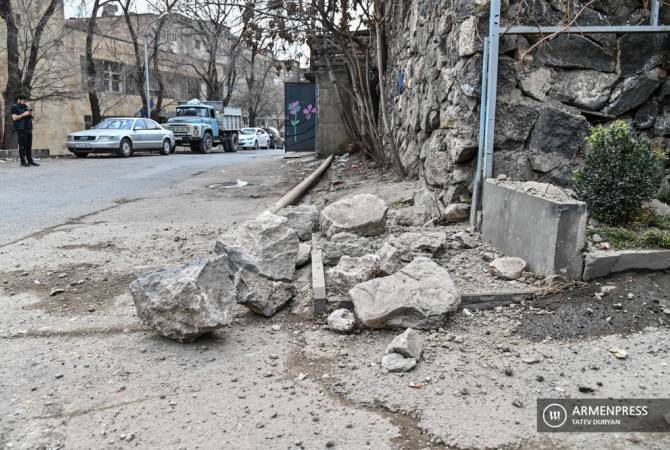 
YEREVAN, FEBRUARY 15, ARMENPRESS. Authorities are denying the online reports which claim that a major earthquake is going to hit Armenia following the 4.7 magnitude quake that rattled Yerevan on Saturday. At the same time, light and average intensity earthquakes can’t be ruled out, they say.

“The Seismic Protection Service of the Ministry of Emergency Situations is once again officially denying this information,” the ministry spokesperson told ARMENPRESS, noting that the reports on a forthcoming major quake are fake news. “Note that now the stress of the earthquake’s source continues getting relieved.”

Ministry of Emergency Situations spokesperson Anna Baghdasaryan told ARMENPRESS that on Saturday alone 100 aftershocks were recorded after the earthquake. “The tremors are gradually decreasing, and the seismic activity in the Parakar source is decreasing. The aftershocks were of very low magnitude and the population didn’t feel them.”