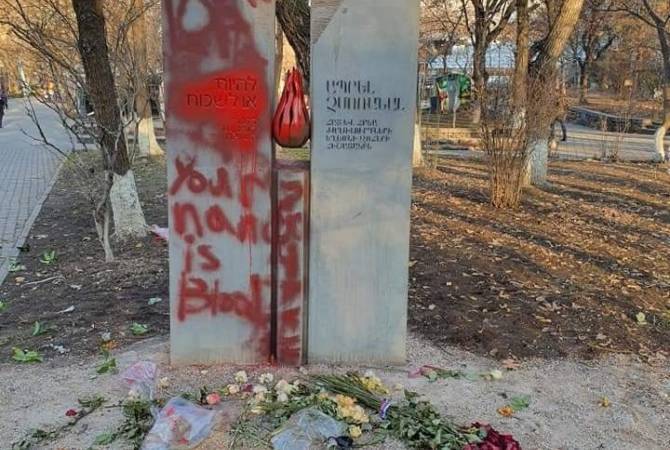 
YEREVAN, FEBRUARY 12, ARMENPRESS. Armenian public-political circles consider “an act of vandalism” and strongly condemn the desecration of the memorial honoring the victims of the genocides of the Jewish and Armenian peoples which is located in the Circular Park of Yerevan City, and call for a swift investigation to bring the vandals to account. Yerevan law enforcement agencies launched an immediate investigation and city authorities have sent specialists to restore and clean the memorial from the paint.

Vice Speaker of Parliament of Armenia Alen Simonyan strongly condemned the vandalism of the “Live and Not Forget” memorial. In a statement, Simonyan called for a proper investigation to apprehend those who committed the “vicious” act.

“We strongly condemn the desecration of the memorial of the Genocides of the Jewish and Armenian Peoples located in the Yerevan Circular Park,” Simonyan said in a statement. “This manifestation of vandalism is nothing else but a crime against universal values, and it should be properly investigated, and those who committed this crime should be held to account in order to rule out and prevent the repetition of such incidents in the future,” Simonyan said. 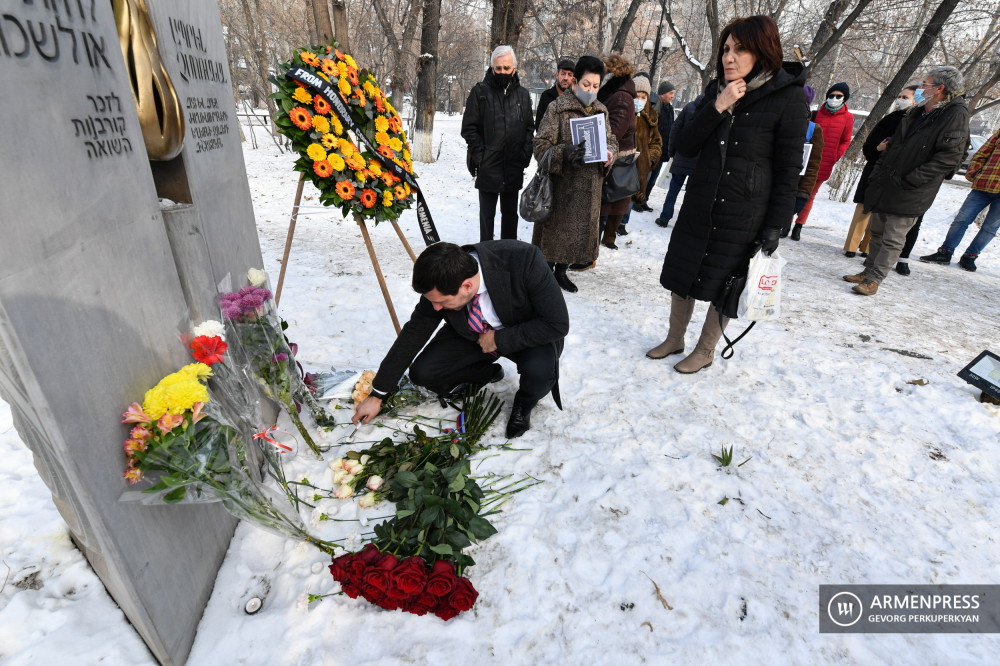 The Vice Speaker noted that such “vicious” acts are deprived of any morals and do not have a place within a society which survived genocide and is the most vocal advocate of fighting against this crime.

In turn, Mayor of Yerevan Hayk Marutyan expressed hope that law enforcement agencies will give a swift and adequate response to the incident.

“Such an encroachment against any memorial is an unequivocally unacceptable and condemnable act which should be ruled out from our city. Representatives of various nationalities have been living side by side in Yerevan for centuries, proudly bearing the honorable title of being a Yerevantsi together with their ethnicity, and no any motive can disrupt this solidarity. I hope that law enforcement agencies will give a swift and adequate response,” the Yerevan Mayor said in a statement. 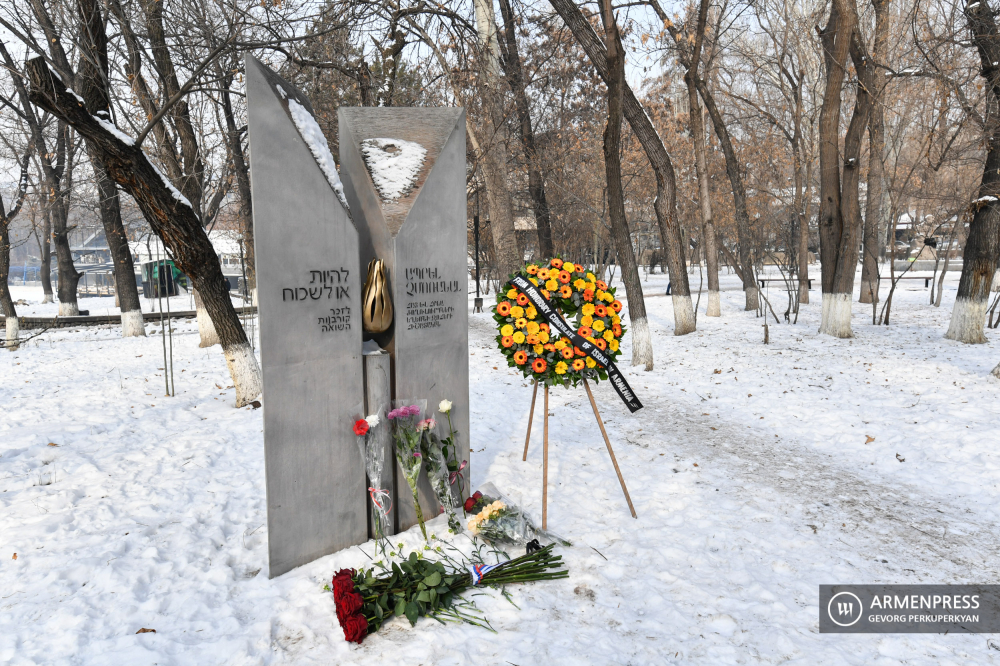 Photo - Flowers and a wreath seen at the memorial after a commemoration event honoring Holocaust victims on January 27, 2021

Honored Artist of Armenia, Jewish-Armenian composer William Weiner said he sees “a foreign trace” in the vandalism and that he is certain that this couldn’t have been committed by an Armenian. “As a citizen of Armenia, as a native Yerevantsi, I very much regret that things like this are happening here. I don’t understand it, I don’t want to understand it, this is the country where never before have things like this happened, and I cannot understand who organized this. This is unacceptable for me. I am sure this wasn’t committed by an Armenian. I am certain that this is from outside,” Weiner told ARMENPRESS.

Prosperous Armenia Party Member of Parliament Naira Zohrabyan, who is a member of the parliamentary Armenia-Israel friendship group, also condemned the vandalism.  “This is vandalism. Regardless what our attitude is (it is definitely negative) for the Israeli arms sales and overt military and political support to Azerbaijan during the latest Artsakh War, the Holocaust memorial can’t be desecrated. We publicly express our protest to Israel’s policy, but desecrating the memory of victims is vandalism, and I think it doesn’t befit us. I condemn Israel’s military support to Azerbaijan and the Israeli foreign ministry’s statements supporting the Turkish-Azerbaijani military aggression, but I bow before the memory of the innocent victims of the Holocaust,” Zohrabyan said.

The “To Live and Not Forget: To the Memory of the Victims of the Genocides of the Armenian and Jewish Peoples” memorial in the Circular Park of Yerevan was vandalized on February 12.

Yerevan police said they have launched proceedings to find and apprehend the suspects who vandalized the memorial.

21:29, 09.24.2021
Viewed 2090 times Today, no Armenian lives or practically could live in the territories under the control of Azerbaijan – Pashinyan