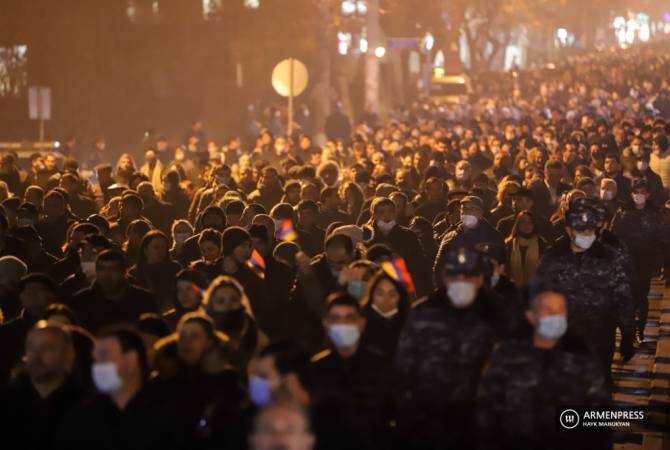 
YEREVAN, DECEMBER 15, ARMENPRESS. Citizens demanding the resignation of Prime Minister Nikol Pashinyan are marching in the streets of Yerevan in a procession called “March of Dignity”. The march is organized by the Homeland Salvation Movement – originally created by 16 political parties (1 parliamentary and 15 non-parliamentary). The procession began near the Sasuntsi David station.

The movement officially declared ex-PM Vazgen Manukyan as their candidate for Prime Minister who they say will organize early general elections.

But Prime Minister Nikol Pashinyan ruled out his resignation for now, saying on December 14: “I have clearly stated that I can abandon the status given to me by the people only based on the credible results of the people’s expression of will. As long as such an expression of will hasn’t taken place, I will continue fulfilling my functions of prime minister and I have obliged to do so honestly.”