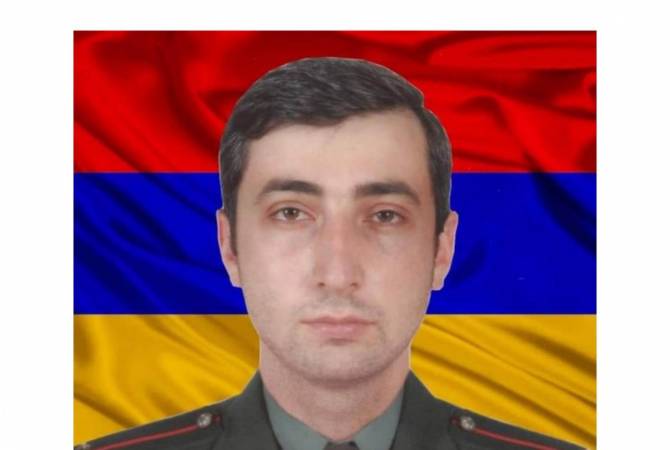 
YEREVAN, NOVEMBER 4, ARMENPRESS. An ambulance carrying a wounded soldier from the frontline was ambushed by Azeri troops in Artsakh, and Armenian combat medic Sasha Rustamyan was gunned down, the Rector of the Yerevan State Medical University Armen Muradyan said.

The Azeri troops were disguised in Armenian military fatigues, and when the Armenian medics saw them they stopped the ambulance. Then, Sasha Rustamyan, a military doctor, exited the ambulance and approached them to see how he can help, only to be shot dead by automatic gunfire.  The Azeri sabotage team then started shooting at the ambulance, which crashed into a gorge.

Rustamyan, a graduate of the Military Medicine Faculty of the Yerevan State Medical University, is remembered as a “well trained officer and a doctor faithful to his oath” by his dean Vardan Tsaturyan.

“The on-duty combat medic who was hurrying to provide help will forever remain an immortal hero in the history of the Armenian people”, Muradyan said.

19:30, 01.14.2022
Viewed 1669 times Russian MFA issues statement on the results of the meeting between the special representatives of Armenia, Turkey

10:38, 01.15.2022
Viewed 1543 times CCAF calls on French government to demand apology from Azeri authorities or else recall ambassador over Aliyev’s threats