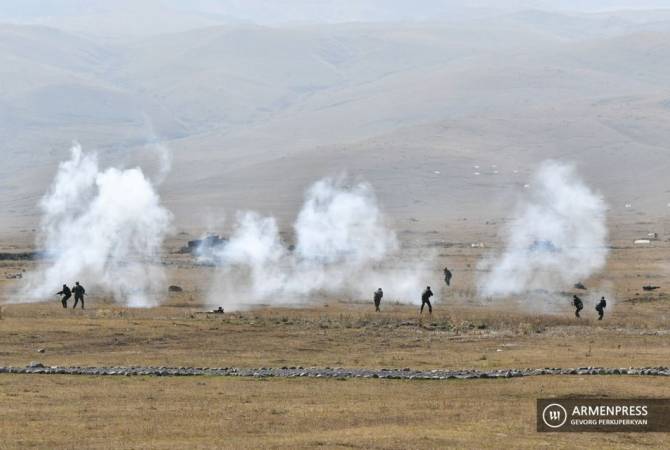 
YEREVAN, OCTOBER 31, ARMENPRESS. Artsakh's army has recorded some advance in the southern and south-eastern direction of the front line, ARMENPRESS reports representative of the MoD Armenia Artsrun Hovhannisyan said in a press conference.

''In the southern and south-eastern directions Artsakh's army was able to fight backs some positions and record some advance as a result of some local clashes'', Hovhannisyan said.

''The battles were not so intensive, but intensive shelling took place in some separate directions. Particularly, throwing a large number of infantry on one or two positions in the central direction, using artillery, at the same time shelling the city of Martuni, the Azerbaijani Armed Forces managed to make some advance'', Hovhannisyan said, adding that the clashes still continue.