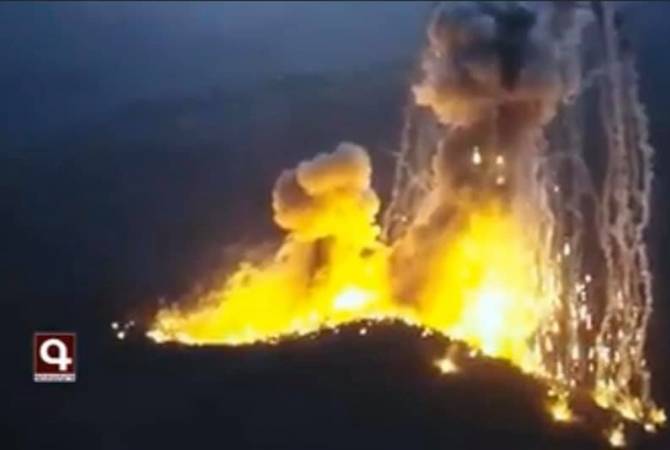 ''Objective evidence was published on the Azerbaijani Armed Forces to use ammunition of mass destruction containing chemical elements in Artsakh (Nagorno Karabakh) yesterday and today.

According to the information the ammunition contained phosphorus. A number of reports have been released since then certifying that the ammunitions contain other chemicals of mass destruction.

Nonetheless, at least the following facts should be highlighted:

3) are used towards forests, causing mass fires and destruction;

4) according to expert assessments, the fire, caused by this type of weapon is not stopped even with the extinguishing materials or water;

5) the forests where these ammunitions were used, are located near the civilian communities (according to the current data these are regions of Shushi, Martakert, Askeran);

6) according to the fact-finding activities, civilians are hiding from attacks of Azerbaijani military forces in those forests.

The usage of thess ammunitions especially through these methods, are prohibited by international law.

The Human Rights Defenders of Armenia and Artsakh are currently conducting joint analyses, the results of which will be published and sent to relevant international bodies'', Tatoyan wrote.