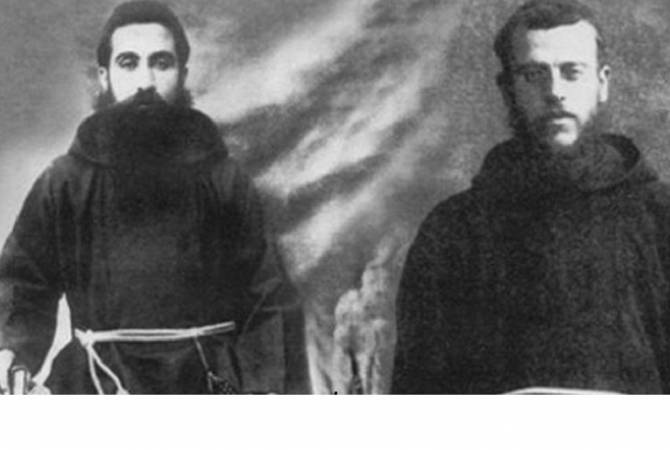 Fr. Leonard Melki and Fr. Thomas Saleh were Capuchin friars and missionaries in what is now Turkey who were arrested, tortured, and martyred by the forces of the Ottoman Empire in 1915 and 1917 respectively.

Melki was given a choice: convert to Islam and be freed, or die as a Christian. Refusing to apostatize, the Lebanese priest was forced to march with more than 400 Christian prisoners into the desert, where he was killed “in hatred of the faith” on June 11, 1915, alongside the Armenian Catholic archbishop Blessed Ignatius Maloyan, who was beatified by John Paul II in 2001.

Saleh was arrested and sentenced to death after giving shelter to an Armenian priest during the Armenian genocide. Before his death, he said: “I have full trust in God, I am not afraid of death,” according to the Capuchin Order in Lebanon.

Pope Francis recognized the martyrdom of Melki and Saleh on Oct. 28