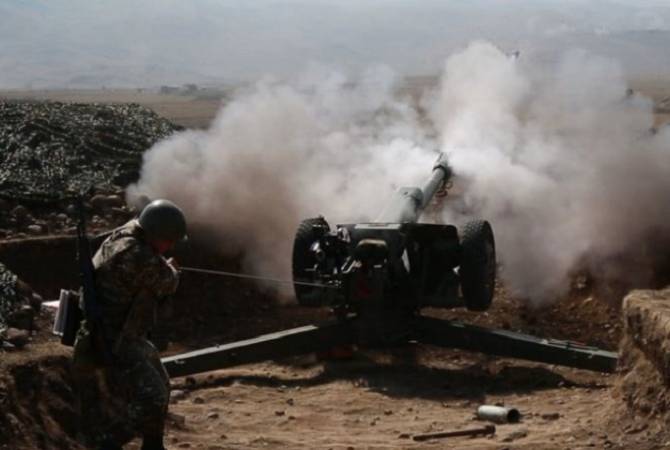 
YEREVAN, OCTOBER 30, ARMENPRESS. The Azerbaijani army, reinforced by Turkish troops and mercenary-terrorists continued attacks in different directions against Artsakh during the day, ARMENPRESS reports representative of the MoD Armenia Artsrun Hovhannisyan said in a press conference.

''Today in the morning, earlier than usually, the Azerbaijani armed forces initiated attacks in different directions. First, in the northern direction, following a short artillery firing, they tried to attack a number of positions with infantry. They were immediately crushed, suffered serious losses and retreated, leaving many dead in the battlefield'', Hovhannisyan said.

He added that clashes continued also in the southern direction.

''In the central direction two separate operations took place. First, they tried to break in the front line in the direction of Chartar community of Martuni region. Our armed forces did not retreat and at the moment the positions have remained unchanged, but the clashes are fierce. Second, clashes continue in the forests near Shushi'', Hovhannisyan said.