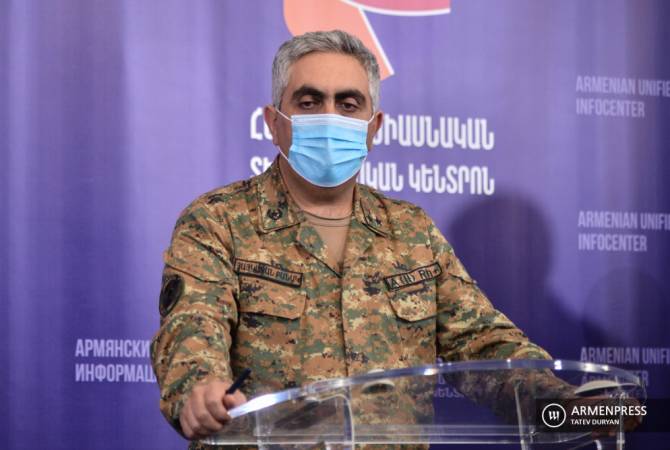 
YEREVAN, OCTOBER 28, ARMENPRESS. Representative of the Defense Ministry of Armenia Artsrun Hovhannisyan notes that Azerbaijan seems to have surrendered the control of some directions of the front line to the terrorists, ARMENPRESS reports Hovhannisyan said in a press conference on October 28.

The Defense Ministry of Artsakh has issued a statement that the Azerbaijani armed forces are diligently establishing bases for terrorist groups, the activities of which can further escalate and destabilize the situation not only near the borders of Armenia and Artsakh, but pose a serious threat to the entire region.