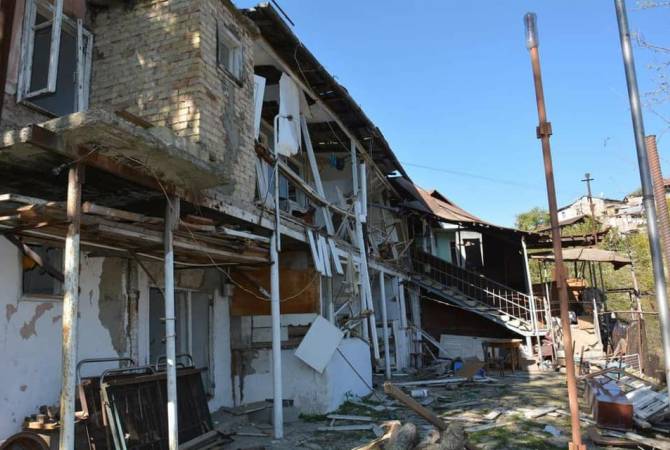 ARMENPRESS correspondent in Stepanakert says around 6 or 7 strikes hit the city.

The air raid sirens are activated.

14:39 – The Artsakh official information center reports that the Azerbaijani bombing targeted the maternity hospital of Stepanakert. Information on victims is being clarified.

14:57 – ARMENPRESS correspondent reports that the air raid sirens are deactivated.

15:03 – A reporter of ANNA News at the scene published a video from Stepanakert, showing the blasts. The reporter says he saw aircraft drop bombs with parachutes, most probably referring to ballute-equipped retarded bombs. “An air strike was delivered on the center of Stepanakert moments ago. The bombs fell in the center, near the school after Griboyedov, the Ministry of Emergency Situations is also located there. The bombs were being dropped from aircraft on parachutes,” the reporter said.

15:20 – Heavy casualties reported among civilians as the Azeri military bombs civilian areas of Stepanakert and Shushi.