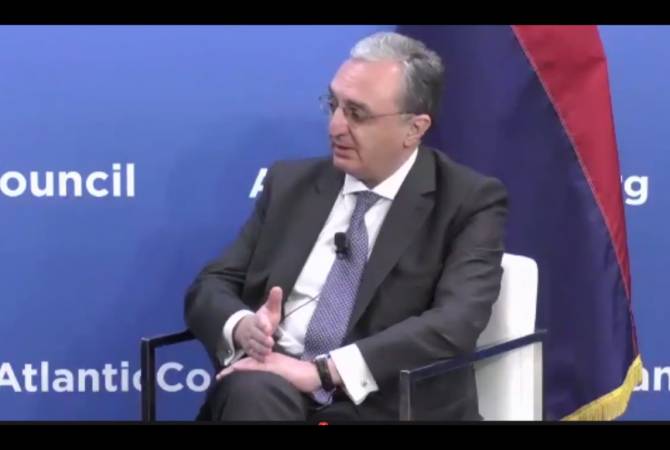 
YEREVAN, OCTOBER 24, ARMENPRESS. Nearly 90,000 citizens of Artsakh have been displaced, lost their homes and property as a result of the Azerbaijani war against Artsakh, Armenian FM Zohrab Mnatsakanyan said during a discussion at Atlantic Council in Washington, DC after meeting Secretary of State Mike Pompeo.

The Armenian FM noted that the Azeri attacks have claimed numerous civilian lives, and that hospitals and schools are being bombed in Artsakh.