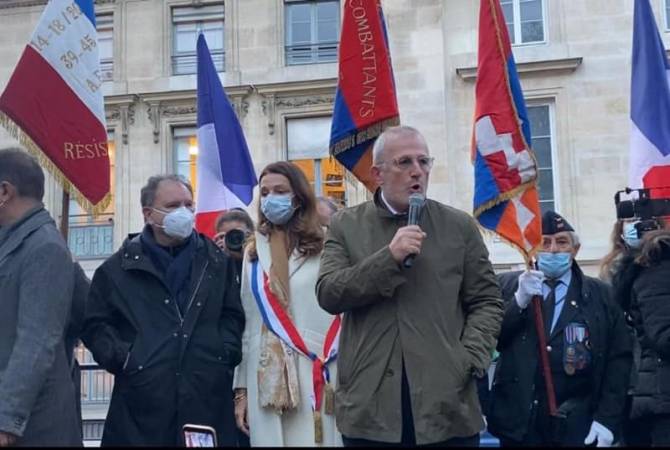 
YEREVAN, OCTOBER 14, ARMENPRESS. Bill on recognizing the Republic of Artsakh has been submitted to the National Assembly (lower house of the parliament) of France, Executive Director of the Armenian National Interest Fund (ANIF) Davit Papazyan told Armenpress, adding that the Fund has carried out major organizational and coordinated works on this direction together with its French partners.

“For 10 days we have been working with former prime minister of France Dominique de Villepin (member of ANIF board of director), local reporters, MPs, explaining them what is happening in the Artsakh-Azerbaijan line of contact since September 27, were presenting also Turkey’s role and engagement of mercenaries which completely changes the picture. We have explained that the only real political way of the settlement is the recognition of the independence of Artsakh by the international community. And as people in the French Parliament quickly understand the reality, the bill has entered into the National Assembly of France today in the morning”, he said.

The bill is expected to be debated in coming weeks.

Papazyan thanked his French partners for the support to the settlement of the Artsakh issue and the restoration of justice.

He stated that similar activities are also being carried out in London and Rome.