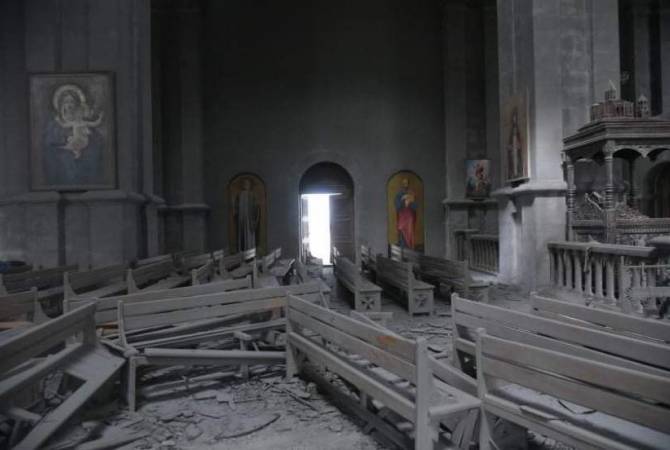 Commenting on today’s attack by Azerbaijan on the Ghazanchetsots Cathedral in Artsakh’s Shushi, the journalist told Armenpress: “I saw how the elderly people are crying in the church, holding from walls and praying. I understood that it is not an ordinary place for them where they can pray, it is much more, a symbol, a second home, for all Armenians, not only for the residents of Karabakh, but also for those who live in Armenia or even abroad. It’s a very important church for all Armenians. I regret that this conflict is starting to receive a religious coloring. It has long received such coloring by Azerbaijanis. I see it with the rhetoric existing on social media. Many in Azerbaijan perceive this as a fight for Islam”.

The reporter stated that he has not seen such moods in Armenia. “This is not a religious war for Armenians”, he added.

The Holy Ghazanchetsots Church of Shushi has been attacked by Azerbaijan on October 8.