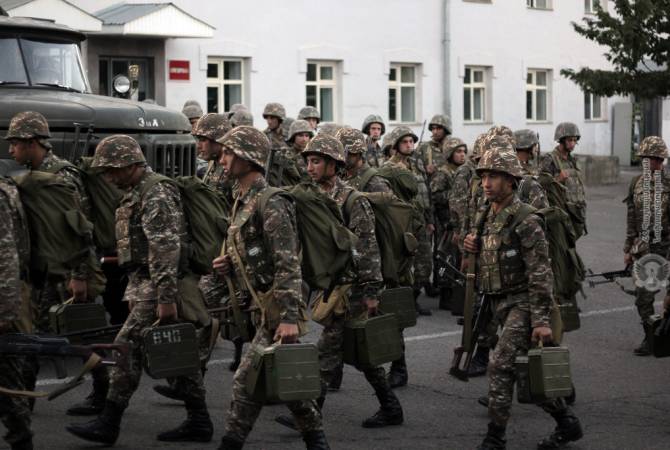 
YEREVAN, OCTOBER 2, ARMENPRESS. All units of the Armenian Armed Forces are brought to the highest combat readiness level amid the martial law that is declared since the Azerbaijani attacks began on September 27.

The Ministry of Defense of Armenia said that the units at military bases have been supplemented. The units are on-duty at defense positions.

The supplementation of the troops was carried out in partnership with the Yerkrapah Union of Volunteers and local self governing bodies. The defense ministry said the troops who have supplemented the armed forces have high combat training.