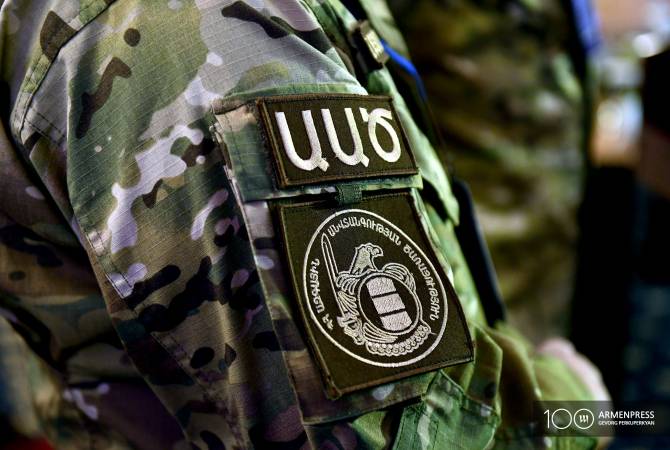 According to the NSS, an ongoing criminal investigation gathered sufficient evidence revealing “a case of state treason committed by a person who was formerly a high ranking military serviceman.”

The suspect, an Armenian citizen, “during many years of holding ranking positions in the Armenian military, gathered top secret state information with the goal of transferring it to a foreign organization, and provided other assistance for hostile activities damaging the territorial inviolability and foreign security of Armenia.”

The suspect is said to have been recruited by the Azeri intelligence in Georgian territory.

He was given assignments by the Azeri intelligence agencies to gather information or reveal the already known information about the external security of Artsakh and Armenia, their militaries and armaments, including reserve forces, tanks, and various other information concerning the armed forces.

The suspect had security clearance and obtained the information and provided it to the Azeris by personally meeting them during trips to Georgia. The suspect even met with the Azeris at the Azerbaijani embassy in Georgia.

A search conducted at the suspect’s home and other premises revealed a large number of ammunition, explosives and weapons, as well as top secret military documents.

The radio-communication devices the suspect used, as well as contact information of the Azeri agents was also found.