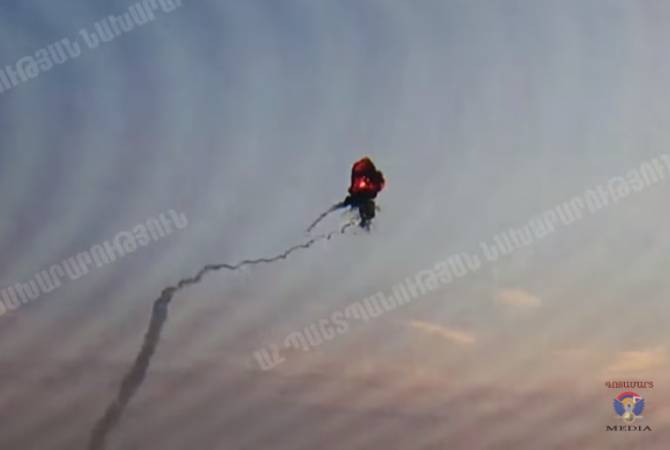 
Warning: Some viewers may find the video disturbing, viewer discretion is advised

YEREVAN, SEPTEMBER 29, ARMENPRESS. The Artsakh Defense Army released footage of its troops shooting down an Azerbaijani gunship amid the attacks on Artsakh.

Artsakh’s military said the Defense Army of Artsakh lost 83 servicemen, with more than 120 being wounded.