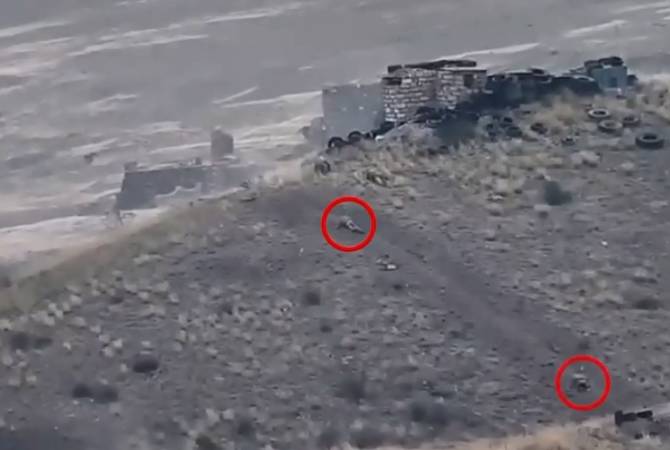 “The adversary again tried to attack especially at the southern and northern directions under the heavy fire of armored equipment, UAVs, artillery. Nearly 60 Azerbaijani servicemen were killed at that time, as well as a military equipment of Azerbaijan has been destroyed, was pushed back. At the moment the battles continue”, he said.