Asteroid or man-made object – what sparkled in Armenian skies tonight? 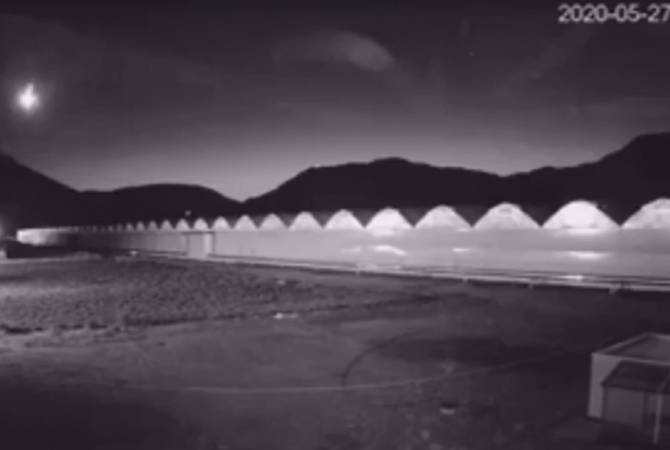 
YEREVAN, MAY 28, ARMENPRESS. The Ministry of Emergency Situations of Armenia (MES) or Byurakan Astrophysical Observatory have no fact-based data. Spokesperson of the MES Edmon Zargaryan informed ARMENPRESS that they received an emergency call about an asteroid dropping in Armenia, but there are no traces that should be present following an asteroid drop.

‘’We received an emergency call from Nor Nork 6th Micro-District that some asteroid has passed sparkling. The caller has seen something like that, but the locations showed that it happened near Byurakan community, Ashtarak region. We have inquired from relevant bodies of the region, but no one has any fact-based data, there is no trace that should exist after the drop of an asteroid’’, Zargaryan said.

Watching the footage about the possible drop of an asteroid that went viral on May 28, Director of Byurakan Astrophysical Observatory Areg Mikayelyan assumes that the object is a small asteroid, but can also be a man-made object.

‘’Small celestial bodies are not monitored, but bigger ones, which pose danger, are permanently monitored at very great distances. There are always small asteroids. Watching that footage one can assume that it was an asteroid. When an asteroid of a few centimeters falls, it sparkles brightly. We cannot say what it was until discovering it. The alternative to the asteroid is some man-made rocket, which has crashed or exploded and one of its parts fell to the Earth’’, Mikayelyan said.