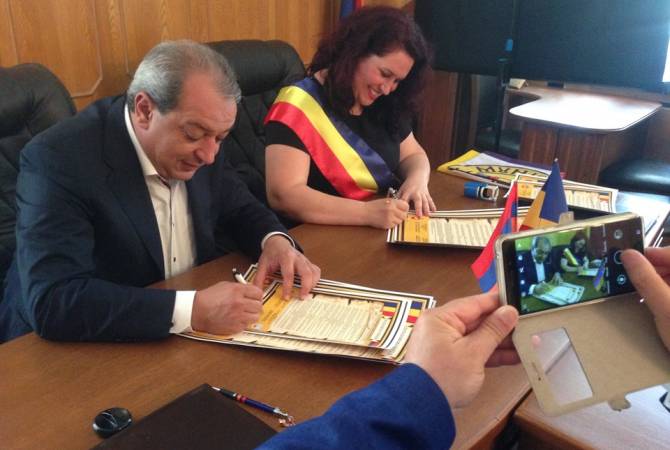 
YEREVAN, JUNE 27, ARMENPRESS. The delegation of the Romanian city of Roman participated in the My Step For Tavush Province investment-business forum held in Armenia’s Dilijan town from June 22 to 23. The forum was held with the participation of Armenian Prime Minister Nikol Pashonyan, the Armenian Embassy in Romania told Armenpress.

On June 23 the signing ceremony of memorandum of cooperation between sister cities Dilijan and Roman was held in the Dilijan municipality.

Welcoming the guests, Dilijan community leader Armen Santrosyan stated that the cooperation of the two friendly cities has been productive and the expansion of mutual partnership will contribute to further strengthening the bilateral ties for the benefit of the Armenian-Romanian friendship.

The forum’s purpose was to ease awareness among local and foreign investors about the economic potential available in the provinces, and introduce the tools that can lead to a favorable business environment, as well as the possibility of creating new efficient business models by attracting investment, establishing new business contacts, discussions and sharing experience.